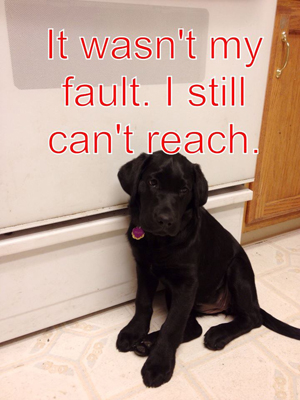 Galaxy is a week over four months old now. She's officially lost her puppy license, and she seems to know it. A little bit.

Galaxyis one of the more difficult puppies I've raised. I actually had to spend two lunch times at the grocery store with Galaxy. I sat at the entry way and gave her lunch, kibble by kibble, as a reward for not barking and lunging at people. Galaxy had a problem with tall, skinny people wearing hats.  (Pictures follow) 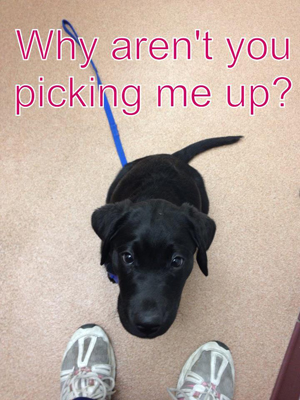 And we love her and wouldn't change her a bit. (Okay, that's a lie. I intend to spend the year convincing her that biting people isn't a good idea and that puppies should be seen and not heard.) 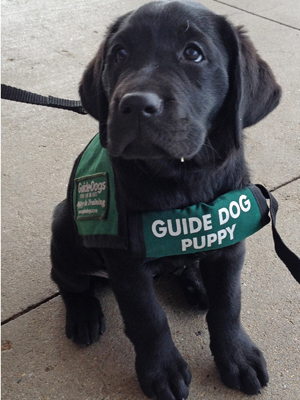 I took the picture below at the vet. Galaxy went in for her shot. Bonita was there too, and the vet was nice and gave Boni a treat too.

Galaxy seemed to complain about the cold, and I needed her to expend some energy. I told the kid to get dressed up for the snow, and then I dressed Galaxy up for the snow. Since this picture was taken, she's learned to deal with the cold for up to a whole twenty minutes! 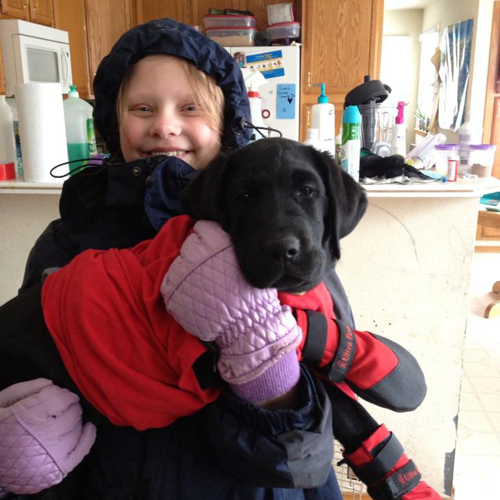 I babysat Gizmo, Galaxy's littermate for two, five-day periods. Gizmo and Galaxy are very similar. Here is a picture of my two-headed guide dog. 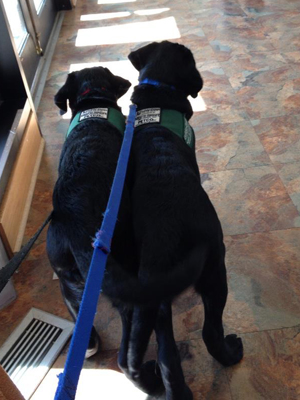 Galaxy scored a new, pink bed. Her brother doesn't mind that it's pink. He's totally willing to hog it. 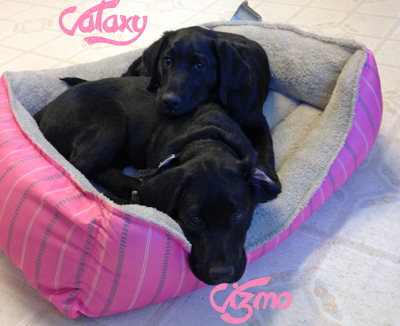